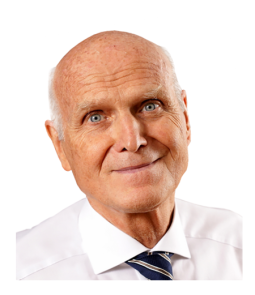 Co-founder of the German raw food movement - together

In the 1980s, Dr. Probst was the only physician, who found the so-called raw food movement in Germany together with the two well-known medical laymen Helmut Wandmaker and Franz Konz.

Dr. Probst practiced not only in Germany but also abroad for many years. In South America, he also imparted alternative medicine and naturopathic knowledge to numerous interested parties.

In Bolivia, he realized his own development aid project by training about 1000 people as alternative practitioners or health advisors on a naturopathic basis, thus helping them to find a new economic basis for their existence.

Development of the own natural health teachings

Almost 40 years ago, Dr. Probst began to take an interest in natural and alternative medical healing methods, after he realized that he encountered limitations in the treatment of his patients in many cases of illness.

However, Dr. Probst did not want to accept this fact and started to search for alternative treatment possibilities at home and abroad. He studied many new and old writings about apparently lost knowledge and also began to test the effect of new healing methods in numerous self-experiments before recommending them to patients.

From the very beginning, Dr. Probst also dealt with almost all common nutritional recommendations and diets in this context. He not only tasted them on himself, but also scientifically researched and observed them with regard to their short- and long-term effects on the human body and health as well as the healing process.

As the quintessence of all his experiences and research, Dr. Probst created his own healing method, which can be seen as the sum of various alternative medical and naturopathic effective and supporting measures.

Not only has he been able to experience its positive effectiveness in decades of practice on thousands of patients, but he has also received the scientific confirmation for it in the meantime, which has become more and more evident and has been gaining more and more general recognition for several years, although further research for Dr. Probst can by no means be regarded as finished.

For Dr. Probst, the profession of a doctor has always been a vocation. He therefore sees it as his task to pass on his previous knowledge to all people, who are seeking, healing even from apparently incurable diseases and to those wish to remain healthy. In this respect, his concern is not only the therapy of partly severe chronic diseases such as high blood pressure and other cardiovascular diseases, cancer, diabetes, rheumatism, fibromyalgia, chronic bronchitis, allergies, Alzheimer's, Parkinson's, borreliosis, multiple sclerosis, ALS, CFS and many more, but especially also disease prevention.